Social media is abuzz as details on the big 50th Anniversary event of Woodstock leaked last week. According to details confirmed on Twitter by FestiveOwl (@FestiveOwl) dates of the event are August 16th to August 18th 2019 and the event will be held at Bethel Woods Center for the Arts. Ticket information is not yet available and performers have not yet been announced, but expect details on headliners and ticket sales coming in the next few weeks. 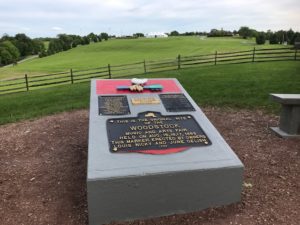 Although there was some information that sited the event-name was solidified, sources debunked that and noted that the name has not been decided yet. It will not be called Woodstock after its namesake, but the event will maintain the essence of the original 1969 event by celebrating music, culture & community. The Bethel Woods Center for the Arts is planning the event in partnership with Live Nation and INVNT.

Stay tuned for more details in the coming weeks.