fusion of several music styles while creating a sound and a vibe that was all their own.  The band garnered Billboard & Top 40 hits and inspired a completely new funky sound for musicians moving forward.

The band continued to make music into the 1970s until the toll of a relentless touring schedule and drugs pulled the band apart. Sly Stone recorded until the early eighties, but the 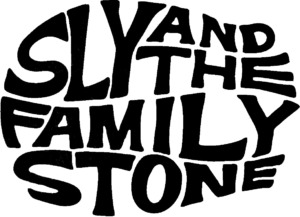 n drifted out of the spotlight opting for a life of seclusion with only a few appearances after that.

The Rock & Roll Hall of Fame inducted Sly and the Family Stone into the Hall of Fame in 1993, and a tribute performance was given in their honor at the Grammy Awards in 2006.  In 2011, Sly Stone released a solo album, and in 2016 he received a Lifetime Achievement Award from the Grammys. News broke early in 2018 that an authorized documentary on Sly Stone was in the works.