Check out our review of Artie’s new book, The Pied Piper of Woodstock.

Be sure to read the Woodstock Story interview with Artie Kornfeld.

Co-creator and sole promoter of Woodstock 1969 Artie Kornfeld was born in Brooklyn, New York in 1942. The man who would later be deemed “The Father of Woodstock” would go on to become one of the most impactful composers, publisher, producers, managers, and promoters in the history of rock and roll.

Kornfeld got his first guitar in 1956 and learned a few chords that were pretty much universal at the time. He soon found himself with a record deal and on stage with Dion and the Belmonts with The Skyliners singing backup. Kornfeld would further his music career by attending Adelphi College and American University where he met Cass Elliot of the Mamas and the Papas.

After a few more fortuitous music connections, Kornfeld began his enterprise of writing the most Cashbox top 100 of any song writer. Kornfeld became the vice president of Capitol Records in his early 20’s, making him the youngest to hold the position and the first vice president of rock and roll ever. By 1966, Kornfeld had written over 75 Billboard charged songs and participated in over 150 albums.

When Artie Kornfeld and Michael Lang became best friends in 1968 and Lang eventually moved in with Artie and his wife Linda, the idea of Woodstock was still a dream. The effort of four men: Artie Kornfeld, Michael Lang, Joel Rosenman, and John P. Roberts through Woodstock Ventures made the 1969 music festival a possibility. You can credit the music supply to Mr. Kornfeld. He had the connections, he had the bands, a lot of which he signed and/or nurtured.

Kornfeld’s dedication to the Woodstock ideals did not end with the festival. Known as “The Father of Woodstock”, a title given to him by the Woodstock Preservation Alliance, he played a big role in helping save the Woodstock site from being built upon when the Max Yasgur farm was sold. Kornfeld is also responsible for putting the Academy Award winning Warner Brother’s documentary together. Much of the historical documentation of Woodstock is supplied by the acts featured in the film which Kornfeld had to all convince to appear. He is in the movie so much because backstage, he was solely in charge of getting the performers to sign what basically were basically blank contracts prior to going on stage. He also hired the award winning director Michael Wadleigh to shoot the film.

Far after the historical Woodstock festival, Artie Kornfeld has taken the ideals of the counterculture and put them into practice in a modern day setting. He has spent 40 years speaking to schools, organizations, and universities on the true meaning behind Woodstock. The embodiment of the Woodstock Nation has used his career pre and post Woodstock 1969 to convey the true meaning to those with open minds and ears. Kornfeld has done over 5,000 radio interviews and hosts his own show aptly titled The Artie Kornfeld Show in which he reaches the ears of over 1,000,000 listeners in 20 different countries every Tuesday at 10pm EST.

The Rock and Roll Hall of Famer has been a part of over 110 platinum albums, and continues to bring the undying spirit of the Woodstock Nation to the people through politics and music. Kornfeld is looking toward the 50th anniversary of Woodstock. 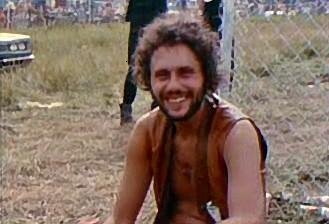