Many still remember the weekend in 1969 where, amidst deadlocked traffic, primal conditions, and shortages in food and water, gathered a large group of youthful Americans with a message of change. It was, after all, the people who made the event what it was, the great bands that played were just an additional reason to celebrate. Those musicians who chose to play at Woodstock would later claim it the most powerful moment of their careers, while many who could not attend have expressed their regrets after missing the event. Since then no other concert in history has been able to recapture the vibe which Woodstock so spontaneously captured. In fact, it is regarded as one of the best moments in music as well as an event which marked the coming arrival of Aquarius.

The original them of Woodstock was entitled “An Aquarian Exposition”, referring the change in human consciousness which transcended mankind and was exemplified by many characteristics of the hippie movement. To many people who attended, the concept of astrological ages in relation to Aquarius was widely unknown yet associated with the flower children of the late 1960’s. The flower children, like many Americans young and old, recognized the suffering and unjustness of the old system, so naturally rebelled with messages of peace and love, which were symbolized with flowers. These beautiful children where strongly opposed because they stood for change not only in society but in the psyche of man. Woodstock was an assembly of people whose way of thought was leading our society into an unknown changing of everyday reality. This reluctance to change, as shown in the opposition towards the hippie movement, is the result of people taking life to seriously and not enjoying the true pleasures of living. The outdoor music concert held in Bethel, NY in 1969 was indeed a result of the coming of Aquarius. Woodstock was a festival with much more significance than what is regularly thought. 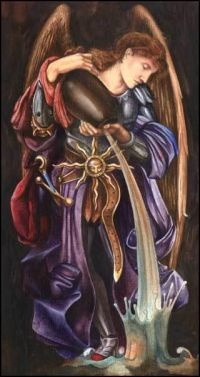 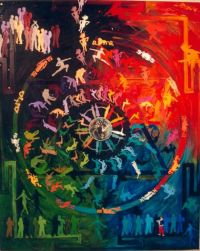